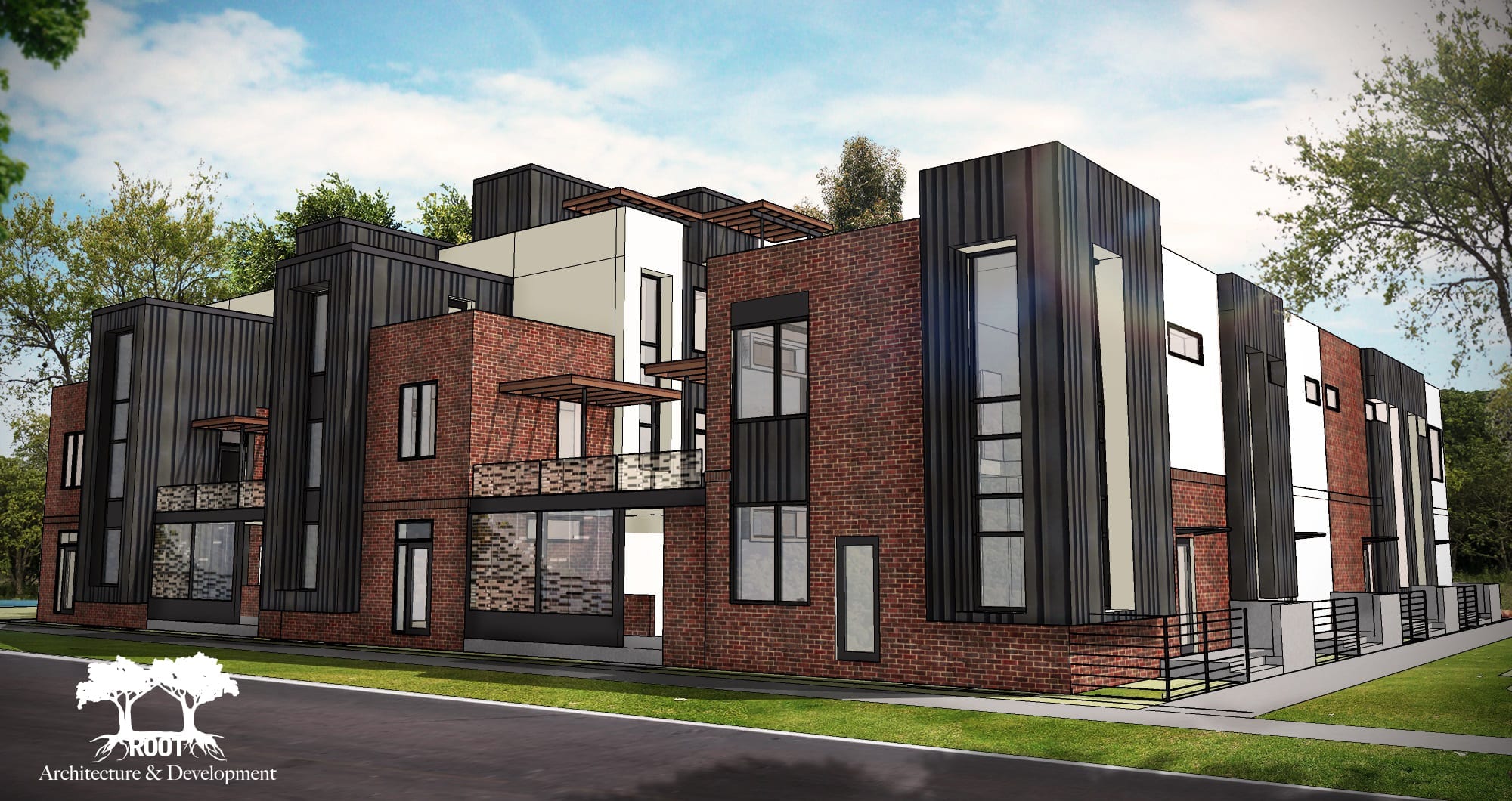 After a nearly 18-month process, the results of the Denver Slot Home Evaluation Task Force were agreed to in December. The recommendations reflected a compromise that didn’t leave neighborhood representatives or developers and architects particularly happy, but would still allow for modified future development of this sort. The questions that lingered were: 1.) What would the implementation schedule look like; and 2.) Would developers have time to finish projects that are already in the pipeline?

The answers are far from clear, but what became evident during this week’s Final Task Force Meeting is that the changes could be coming sooner than the building community anticipated and that the changes included in the Denver Text Amendment are far reaching.

What is at Stake?

The goal of the task force was to limit the development of slot homes in Denver’s neighborhoods and establish standards that would instill design quality and a sense of community in neighborhoods where development is taking place.

However, the proposed text amendment will impact much more than slot homes. The proposed strategy includes a series of changes that would fundamentally alter developments in mixed-use districts, multi-unit districts, garden courts and row house/townhouse districts. The changes will increase setbacks, reduce allowable building height, require more units front the street, limit vehicle use areas and will generally reduce the number of units we are able to fit on a lot.

When Will the Changes Take Effect?

The task force agreed to a March 12 deadline for the submittal of formal Site Development Plans (SDPs). The intent was to provide developers with a longer tail (period of time) to complete the process. In order to process and receive an Accela record number, the City of Denver recommends submitting SDP applications at least a week in advance of the March 12 deadline. Note that this would be for formal submittals, not concept. The building community would then have until November to complete the SDP.projects or be subject to the new zoning.

Under the option agreed to by the task force, Denver’ Community Planning and Development division would no longer be able to guide the process as it no longer meets their minimum time requests for notification and public hearings. Instead, the Denver City Council would need to initiate the action.

If approved, this will leave a period of ambiguity that could last two months. Until the text amendment is adopted, Denver Development Services office will be able to review but not approve SDPs under the proposed code. That said, if a builder does not feel they would be able to submit a formal SDP by the deadline, the advice would be to review the strategy report and draft text report to inform future work.

Root Architecture and Development reached out to Senior City Planner Analiese Hock for clarification. “The date discussed has not yet been formally set. Should council decide to move forward with the general task force recommendation, the soonest Council date for the public hearing could be is March 5 despite conversations about March 12.  Therefore, should council decide to move forward with this recommendation and a date is set, notice of the public hearing and thus effective date will be noticed and all website communications will be revised,” said Hock.

The strategy and text amendment are only recommendations for the Denver City Council. The City Council may choose a different implementation/effective date. To date, there has been a strong a vocal opposition to Slot Home developments by Denver residents who have expressed outrage that projects would be given an extension. The council members serving on a task force indicated that if pressed by residents, they would consider a stop date that would take much sooner that what the task force was recommending.

“I don’t know where the vote is on the City Council, but I’m not going to vote against anything that speeds the implementation date, said Denver City Councilman Rafael Espinoza. “We are one year out from an election where growth, pressure and gentrification are hot button issues. Whose side do you think I’ll be on?”

Root Architecture and Development will continue to follow this issue, but we recommend that at a minimum, developers plan for a March 12, 2018 deadline for SDP submittals.

Under the current zoning code, we have several projects that are currently in the concept phase and we will be working hard to meet these deadlines. For all future townhome projects, we will partner with clients to find creative solutions that are architecturally beautiful and good for Denver’s neighborhoods in terms of density, light and livability. We are committed to designing projects that will perform for the Denver building community.

If you have a property that you are considering a multifamily development and you’d like us to do an evaluation of what can be done with your current property with the upcoming zoning changes, please email us at info@Root-AD, mphillips@Root-Ad.com or click here to book a feasibility study or consultation.