Iconic Building of the Month

Castelvecchio Museum in Verona, Italy was renovated by.architect Carlo Scarpa from the late 1950s through the early 1970s. Castelvecchio means “old castle” in Italian, but it is so much more. The museum has been used in various ways: first as a medieval castle, then as a military post … and now it’s a renowned museum and tourist attraction. 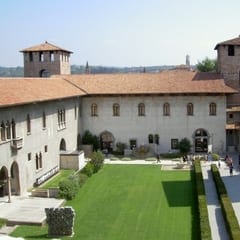 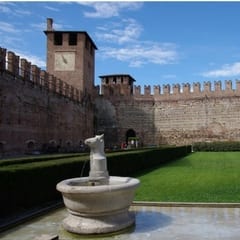 Cangrande II della Scala, Lord of Verona, constructed Castelvecchio in 1354 to protect citizens. The history is evident in the design: Red brick walls and arches slope down toward the River Adige’s left bank, which served as an escape to the northern countryside if needed. Decades later, when Scarpa restored the castle, his design stayed true to its history. Working with museum director Licisco Magagnato, he built up the structure into 29 rooms of artwork. The architect’s designs unite concrete and masonry, as well as modern steel with the original brick. 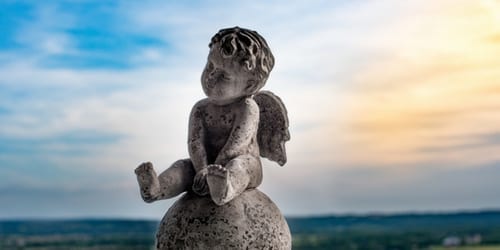 The traditional courtyard of this archetypal rectangular castle is a private space. It offers another example of connecting the old with the new. An old equestrian statue is juxtaposed witha modern walkway. A collection of sculptures, statues, ceramics, paintings and ancient weapons is placed in relation to how the sunlight enters through loopholes and the roof. The city’s tourism site calls it “the great and most spectacular medieval edifice in Verona.”